I’m definitely not the fittest person in the world, but I do like a challenge! I’d tackled my first mud run in 2016 and wondered what I could do in 2017. That’s when I saw Harry’s Trust were offering places to cycle the Coast to Coast route. A whopping 156 miles, over the Lake District and Pennines from White Haven to Tynemouth. No mean feat for the fittest of people, but for someone who’s never cycled more than 5 miles, it was going to be a definite challenge! Despite this, I signed myself up and talked 3 friends into doing it with me! So with just 3 months until we took on the ride, I started my training in earnest. My first bike ride – 3 times around Draycote water. Largely because I’d not been on a bike for years and it’s nice and flat! So much to get used to – riding again, gears, hills!

The four of us spent most of the summer together, cycling for hours and hours. We cycled up and down Newnham hill god knows how many times, in an attempt to hill train. I actually got off on my first down hill descent as I was scared witless of the speed! But with the support of our C2C team and regular rides, I gained in confidence. My riding improved extremely quickly and I went from riding 5 miles to easily riding 40 miles within a couple of months. Finally the day arrived for us to travel up to White Haven where our adventure would begin.

To say I was nervous would be an understatement. Could I actually even do this? Cycle 156 miles over bigger hills than we’d attempted in training and longer back to back rides than I’d ridden before? I’d been really poorly the week before we were due to start and my energy levels were zapped. I didn’t sleep much the night before we started, but I was doing this, no matter what. I’m not going to lie – the first day I found really tough. We’d ridden up Whinlatter Pass in the morning, an extremely steep climb and come lunch time I was emotional and exhausted. I had to dig deep and my thoughts turned to Harry. I thought about what that little boy has been through in his short life and reminded myself exactly why I was doing this. With the encouragement of my team mates (and lots of energy gels!), I finished the first day.To say I felt truly proud of myself was an understatement. I knew at that point that I would complete this.

The second day was tough, lots and lots of climbing, but it was also a day of milestones. First one was making it half way across the country and the second making it to the highest point of our trip. It was all down hill from here! Day three was fantastic. There are 2 big climbs in the morning, but for the last 30 odd miles it was literally down hill. And I was off! There was no stopping me! Chomping at the bit to get to the finish! Reaching The end and seeing the sea at Tynemouth was quite simply incredible. I can safely say that this experience was one of the best I have ever done. There were tears and much laughter. I accomplished goals I’d never dreamed of before. I made it across the country by pedal power – ME!!

If you are thinking about a challenge for 2018, then try the Coast to Coast and do it for Harry. I am immensely proud of our team. It isn’t easy – but then it wouldn’t be a challenge. But if I can do it, then anyone can! We got to see some amazing scenery, truly beautiful. It was an adventure I will never ever forget. 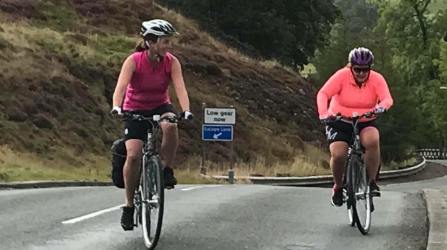 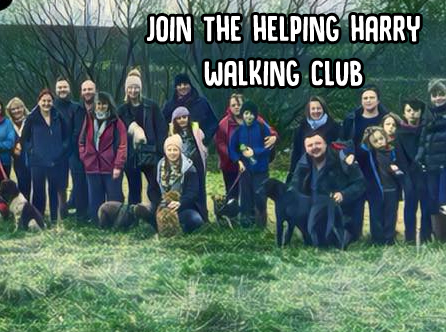 Harry is a gorgeous little boy who suffers from spastic quadriplegic cerebral palsy and has very complex needs. We set up the Trust to help raise much-needed funds so he can have the very best life possible. 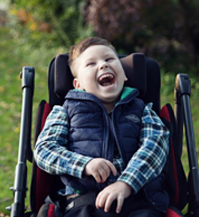 We need your help to give our Harry the care, equipment and treatment he needs. Please donate whatever you can - big or small - to keep little Harry smiling.

Find out all the easy ways you can help support Harry. Raise free donations when you shop online, get fundraising with your friends, or just spread the word.